Frederick H Kreismann was born in Quincy IL on August 7, 1869.  He was educated in the public schools of Quincy and Saint Louis.  In 1902 he married Miss Pauline Whiteman and they had two children.  After leaving Central High School in Saint Louis, he was employed in civil engineering and surveying work.

Mr. Kreismann entered the insurance business in 1890 as a clerk in the office of the German Mutual Fire Insurance Company of St Louis.  From 1891 to 1893 he was a special agent and adjuster for the Aetna Insurance Company, State of Nebraska.  In 1893 he became more closely connected with the local insurance business in St. Louis.  Later he became a member of Kreismann Theegarten Agency.

Frederick Kreismann was interested in politics as a young man.  He was a Circuit Clerk in 1905 and elected to the office of Mayor in 1909. 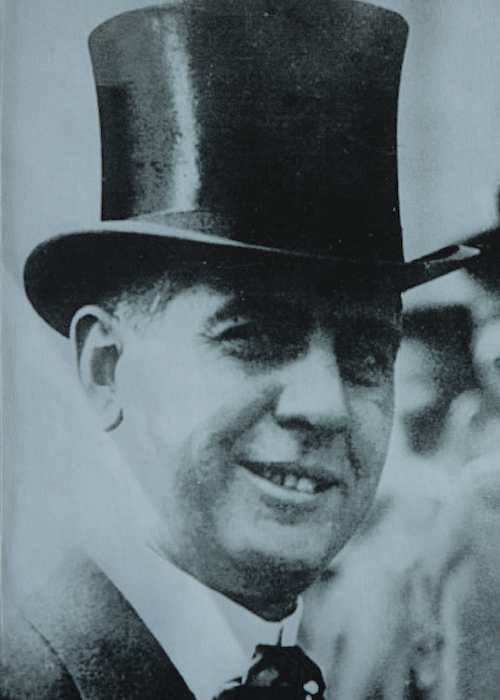 This website uses cookies to improve your experience while you navigate through the website. Out of these cookies, the cookies that are categorized as necessary are stored on your browser as they are essential for the working of basic functionalities of the website. We also use third-party cookies that help us analyze and understand how you use this website. These cookies will be stored in your browser only with your consent. You also have the option to opt-out of these cookies. But opting out of some of these cookies may have an effect on your browsing experience.
Necessary Always Enabled
Necessary cookies are absolutely essential for the website to function properly. This category only includes cookies that ensures basic functionalities and security features of the website. These cookies do not store any personal information.
Non-necessary
Any cookies that may not be particularly necessary for the website to function and is used specifically to collect user personal data via analytics, ads, other embedded contents are termed as non-necessary cookies. It is mandatory to procure user consent prior to running these cookies on your website.
SAVE & ACCEPT
Skip to content